The oceans in the world are being exploited as they have been never before. Above all, oceans are becoming the fighting grounds, where countries compete with each other for numerous geo-political and geo-economic benefits such as supremacy over oceans for resource ownership and the centralisation of power and authority. In this regard ‘Blue Economy’: a concept that had gained widespread attention, is gradually evolving to take shape as a vital component of global economic growth and sustainable development to help tap rightly and channelise in directions the growth potential of the repository of resources the world’s oceans hold.

With the dawn of the 21st century, we witnessed the oceans being exploited for nefarious activities as never before for causes such as piracy, maritime terrorism, human and arms smuggling, drug trafficking as well as illegal, unreported and unregulated fishing. Furthermore, the shipping activities connecting the west and east were alarmingly on the rise, carrying large quantities of crude oil in return to the finished goods transported between east and the west. Therefore the oceans are being subjected to pollution of waste, dumped by merchant ships and this intensifies the risks of oceans being polluted by oil emissions. 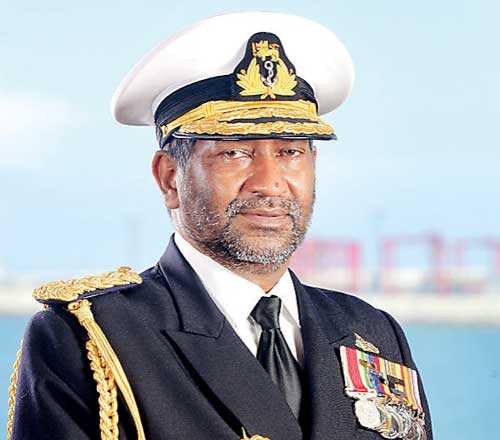 Subsequently, the challenges faced in the maritime arena have been proved to be more dynamic, unpredictable and diverse in nature to understand. The classical examples of these challenges are, the threat of modern piracy that reverberated in the East African coast, which originated from Somalia, and also the activities of terrorist groups based on extremist ideologies that evolved at a very rapid phase in the regions of Middle East, which has begun spreading all around the Asian region.

As we know the resources are subjected to depletion over time. The same cause has resulted in competition among countries to acquire scarce resources, as the very nature of human behaviour inherits to prioritise own desires than others. Hot spots such as the South China Sea and the Indian Ocean region are the best examples of this. There the countries compete and claim for maritime boundaries, over which still a permanent solution neither a friendly dialogue has been developed among the competitors.

It is true that the naval powers in almost every maritime nation are developing extensively, in terms of technology as well as numerically. But unfortunately the drug trafficking around the world, where 80% of its trade takes place over oceans, do not see a considerable decline in their networking and modus de operandi of their network in transportation of narcotics. The classic example for this is the ocean around Sri Lanka, where we saw a drastic increase of narcotic transportation and trafficking since 2009 till date. The Sri Lanka Navy and the Coast Guard were able to confiscate large hauls of narcotics out in the sea recently and bust large networks of drug routes coming to Sri Lanka over oceans.

Having discussed the present maritime challenges posed on legal enforcements and naval agencies, it is a must to understand the dynamic nature of the challenges that the maritime community and the think tanks are encountered by within various parts of the world, both collectively and individually, particularly in the Indian Ocean where both India and Sri Lanka have common interests. To focus our attention on the mechanism meant for mitigating and negotiating maritime disputes and to maintain good order at sea, having mutual interests and a common understanding among countries are vital.

The world as a whole and its geographical regions are over-flown with regional alliances that are meant for attaining multinational objectives, as well as bringing about the harmony and peace among countries. Nevertheless, there still exists visible lapses in providing viable solutions to some of the critical issues.

However the Indian Ocean region in its stance of priority as commonly claimed, has emerged as the world’s economic and strategic centre of gravity in the maritime domain. From holding sea lanes that account for the flow of substantial container traffic, the Indian Ocean Region has been able to consolidate a firm position in Global Sea Trade movements.

Furthermore, a greater portion of the ocean resource it possesses as assessed by sectors deriving economic gain from the riches of the ocean, such as the hydrocarbon exploration sectors, is indicative of the economic prospects projected by this ocean region. Therefore evidently it could be observed that the Indian Ocean region plays a pivotal role in its contribution towards driving forward economic growth units entailing push factors that help upsurge optimally the productive utilisation of the ocean resource and sea-based activities.

Moreover, India and Sri Lanka as neighbouring nations sharing a rounded partnership that spreads across a myriad of subjects, the interest shown by the two countries in the progressive functioning of their economic zones which lie within their territorial waters, have enabled the two nations to work closely with each other to harness the growth potential trapped in the natural outflow of the seas the countries are surrounded by.

From a maritime defence perspective the activity framework laid down, primarily takes into consideration the need to enforce a shared defence mechanism to propel and sustain on common platforms, the ocean-based activities the two nations are involved in within the Indian Ocean region. By initiating open, transparent and inclusive capacity building and capability enhancement efforts, the respective governments thereby are keen to promote cooperation, security and stability in the region. Signing of the maritime security agreement in 2013 by India, Sri Lanka and Maldives enabled the establishment of joint cooperation in EEZ surveillance, maritime SAR and anti-piracy efforts, while also allowing the nations to share white shipping information for creating maritime domain awareness.

Furthermore, the Indian Navy and the Sri Lankan Navy share a vibrant and comprehensive naval partnership. Our Navy to Navy interaction is firmly anchored on our shared understanding of challenges and opportunities in the Indo-Pacific Region and extensive service to service linkages. Sri Lanka Navy is a regular participant along with other navies of the region in the MILAN series of operational interactive sessions, held every two years in the Andaman and Nicobar Islands to help facilitate maritime cooperation among navies.

In 2009 Sri Lanka Navy launched a unique initiative titled ‘Galle Dialog’, which today provides an effective template to address common challenges and enhance cooperation among navies of the Indian Ocean region. The Indian Ocean Naval Symposium and Indian Ocean Rim Association (IORA) are several of the important maritime constructs adopted and practiced, for strengthening maritime cooperation among countries of the region. India and Sri Lanka have made significant contribution towards promoting maritime cooperation as members of IORA.  Furthermore our bilateral naval exercise SLINEX has been expanded both in scope and content, to further expedite the process of interviewing the channels of maritime defence across the Indian Ocean region. To realise similar objectives, and foster friendship and cooperation amongst the nations in terms of maritime activities, the trilateral exercise DOSTI is regularly being conducted by the Coast Guards of India, Sri Lanka and Maldives. Therefore reaffirming the continued support for regional cooperation in the Indian Ocean maritime domain, can be considered a primary responsibility of the member nations, towards accomplishing the mission to realise the vision for the Indian Ocean themed SAGAR, as outlined by the Prime Minister of India.

The future as many would believe, is uncertain, unpredictable and challenging than the present. The impact of globalisation and interdependence will steadily grow in the near future, and so will the threat and danger imposed by entities that utilise sea for nefarious missions. Consequently nations are likely to adopt the idea of collectiveness over doing things unilaterally, rather than doing so as a matter of choice. A dire need therefore exists to practically augment the various collective and collaborative maritime security mechanisms undertaken by nations and to take further measures to standardise such actions.

We as a maritime nation believe that, the challenges emerging from the sea can be categorised into the following three segments, from a Sri Lankan perspective:

Matters pertaining to freedom of navigation

Matters pertaining to safety and security at sea

The next question is how we can manage these maritime challenges, with the primary aim of achieving a sustainable solution.

First and foremost, the countries should be wilful to out-aside traditional interstate rifts, by playing more assertive roles in existing collective mechanisms undertaken, which eventually will result in achieving greater maritime cooperation. Secondly, establishing the policy of hand shake between all maritime operational centres of each region as well as globally and building their capacity to have a better maritime partnership and thereby gradually attempting to find firm solutions to imposed maritime challenges.

As a third measure, collaboration in benign avenues such as SAR and disaster relief operations must be used as a stepping stone to enhance existing levels of interoperability, naval partnerships and cooperation and surge trust between regional nations. One should not forget the importance of mitigating maritime pollution and hazardous activities, which require collaborative approaches to be adopted by the regional states and their maritime agencies. As we all understand the maritime environment is ever evolving and changing rapidly.

Therefore the nations must understand the changing nature and climate of such an environment, by being able to understand and share with other nations with similar interests, the character of maritime challenges and its implications on maritime environment, in order to ensure that law enforcements combating maritime crime are implemented in a timely manner.

Finally, looking for solutions may lead to situations where strategic autonomy of a nation becomes dependent on external crutches. Therefore adopting a well-balanced framework in this regard remains vital, so that the freedom to govern our destinies is retained by us as individual nations. The entire endeavour of cooperation, should be based on the genuine spirit of equality and must be guided by the cardinal principal of respect for own and other’s sovereignty. In short, it is time for us to take action, if we are to make sure that safe, secure and serene seas are continued to be maintained. Therefore, we need to understand and tackle the ever evolving maritime arena and the complex web of challenges surrounding it. In the meantime, we must be wilful in giving up our disparities both at regional and global levels, with the objective of achieving maritime cooperation for secure seas. In Sri Lanka we say, ‘Samagiya Balaya We’ (In unity there is strength).

(The writer is a former Navy Commander of Sri Lanka. This article was originally published in the official magazine of the Indian Ocean Conference 2019 held in Maldives recently where the writer was a guest speaker.)